Born in Ponce, Puerto Rico Antonio moved to New York City, where his love for baseball and hot dogs began. He received his Masters of Divinity degree from Luther Seminary. He has traveled throughout Latin America with The Lutheran World Federation. In 1997 Pastor Antonio received Luther Seminary’s Race, Church, and Change Award for his work in multicultural ministry, race relations, and reconciliation. In 2004 he was named the Latino Pastor of the Year in Minneapolis. Pastor Antonio has been a keynote speaker at national ELCA events and is a gifted musician. He has led music at many events and national gatherings for the ELCA. He has been a mission developer in Puerto Rico, Florida, and Minnesota, building bridges with faith communities that include persons of color, non-English speakers and new immigrants. His broad experience with diverse people has given him a passion for reconciliation where “everybody matters.”  Pastor Antonio is fluent in Spanish.

Dear Susan and Angela, Thank you so much for making our day so special. We had the ceremony we wanted and have a lot of wonderful memories of the day. Thank you for providing these services

First of all, I want to let you know how happy we were with your company as well as Matthew’s services at our wedding. We were a bit concerned as we hadn’t purchased the package that included a rehearsal, but everything went off smoothly and as planned. So, thank you and much thanks to Matt!

Reviewed on The Knot & Wedding Wire: The Perfect Fit Susan was absolutely fantastic through our whole wedding planning process. She was always quick to answer questions, gave insightful thoughts about our ceremony, and was overall a joy to work with. Our ceremony ended up being just perfect – even after only meeting in person once (with many emails in between), she spoke about our relationship as if we had known each other for years and it was incredibly touching. Many of our guests first words…

Reviewed on The Knot: Rev. Susan was great to work with! Our officiant became unavailable last minute and we were so lucky that Susan was available for our wedding. She took time to get to know us as a couple, made suggestions on what works best and made us feel comfortable on our wedding day. We couldn’t of asked for a better day!

As reviewed on The Knot: Susan and Jan were both wonderful to work with for our wedding! Susan wrote our ceremony and was very organized and thorough. Then she and Jan came together to go over how it would be presented, and Jan performed our ceremony. Jan was very friendly, professional and personable. When we had our first call a week before the wedding I was impressed she knew family members by name. We had a mini rehearsal right before the ceremony and Jan kept everyone on task. The ceremony … 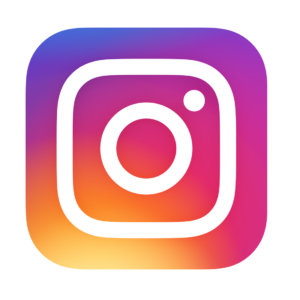